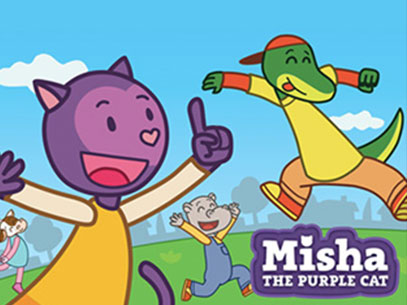 Digitoonz, along with a Catalan and French producer and TV3 (Televisio De Catalunya), has co-produced ‘Misha, the Purple Cat’. It is an animated TV series for 3 to 6-year-olds. This series is based on the book ‘Misha la gateta violeta’ written by Philip Stanton. This series is full of adventure and comedy. We have successfully produced the first season of 26 episodes and it has been broadcasted by TV3 in Spain from 15th September.

Vikas Kumar, CEO, Digitoonz (India & USA) said that “My team has thoroughly enjoyed being part of this prestigious production and we are looking forward to producing a second season soon. The show has aired in many countries, and we are in discussion with some Indian broadcasters to get it on-air for Indian kids as well!