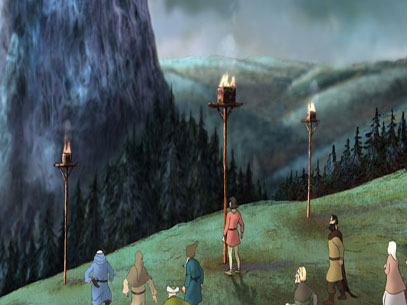 Digitoonz was a part of developing the animated film The Golden Horse, which is based on a play ‘The Golden Horse’ by European poet Rainis. The film has already won several international awards & received recognition worldwide.

The plot summary of the movie as described on IMDB: ‘Furious Black Mother imprisons Princess Sun into an ice coffin placed on the highest hill. Darkness, tears and despair covers grieving Kingdom. While evil is taking over the Kingdom, the King decides to make an announcement: the bravest man who saves the Princess will be able to marry her. Many young men are trying their luck to save her. But there is only one open-hearted man who is capable to withstand the forces of evil.’