All set for Misha The Purple Cat Season 2! 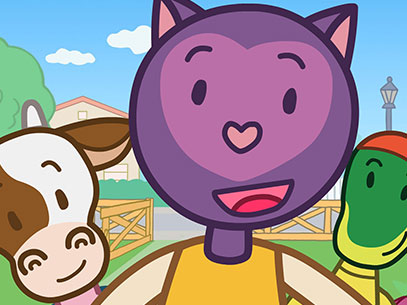 Digitoonz co-produced the series Misha, the Purple Cat’s Season 1 in 2014. Based on a popular children’s book series by Philip Stanton, an American author/illustrator based in Barcelona, Misha the Purple Cat follows the adventures of Misha and her animal friends as they investigate mysteries and partake in hilarious competitions.

Now Digitoonz is all set to co-produce the second season with a Catalan and French producer along with TV3 (Televisió De Catalunya). The 52 x 7 minute comedy-adventure will begin production in April, and the season will broadcast in September 2017. We are proud of having secured a second season for our own home-grown series!