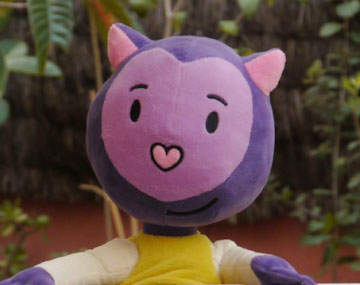 Our own home-grown series based on a series of books for kids created by Philip Stanton; Misha, the Purple Cat is all set to launch its own soft toys in the market soon! This series was Digitoonz’s first co-production with the animation company called Teidees Audiovisuals.

With two seasons already in distribution and a third in development, this series has met with great success and global viewership. It is translated into four languages and viewed in Spain, China, South Korea, United States, Nigeria, and Saudi Arabia. Soft toys for the beloved characters were thus the ideal next step and we are very excited about this launch.