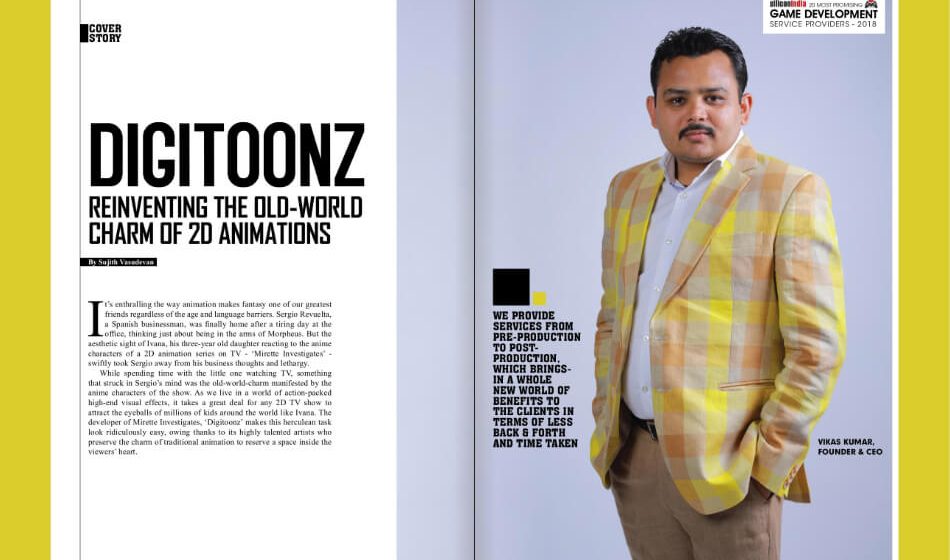 We were featured in the Game Design special of Silicon India Magazine’s December 2018 issue. Published in Bangalore, the magazine’s cover story carried the article that we were featured in, with us appearing on the cover of the issue as well as on multiple spreads inside.

The article was appropriately titled ‘Re-inventing the old world charm of 2D Animation’ which is something that we take great pride in. Digitoonz is popular globally for the award-winning animations that we have worked on, and some of our 2D animations have even been nominated for Daytime Emmy Awards.

Here is a link to the article on Silicon India’s website:
https://enterprise-services.siliconindia.com/ranking/game-development-companies2018-rid-522.html

Here is a link to the magazine for you to read it online!
https://www.siliconindia.com/digital-magazine/game-development-special-december-2018/